In this new story over at Zero Hedge that Steve Quayle linked to on his website Wednesday morning, they report that victims of the CIA’s MK-Ultra brainwashing program in Canada are now filing a class-action lawsuit against the government’s of Quebec and the national government of Canada for “ruining their lives“.

With more than 40 Canadians forming a group called Survivors Allied Against Government Abuse (SAAGA) gathering for the first time together in Montreal to share their own personal stories of how the CIA-funded experiments ripped apart their lives and those of their families, the experiments conducted under the supervision of Dr. Ewen Cameron were designed to erase the victim’s memories, and even reprogram them with ‘new thoughts’ via a processes of ‘depatterning‘ and ‘psychic driving‘.

While the victims started the process with very few if any significant mental health issues, the ‘testing’ which involved drugs such as LSD and PCP with extended periods of medically induced sleep mixed with extreme forms of electroshock therapy and sensory deprivation left many victims mere shells of their former selves as we hear directly from one MKUltra victim in the 1st video below. 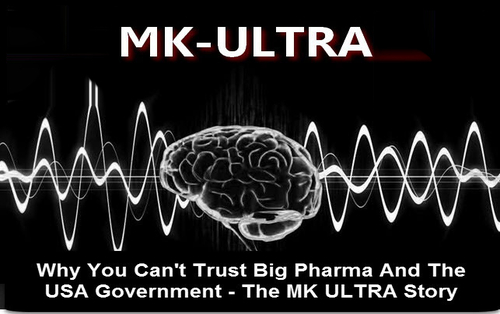 And while some might ask why we should care about experiments that were conducted more than 50 years ago, as we see detailed within this ANP story, a ‘mental blitzkrieg’ has been ongoing against Americans ever since with some of the same methods that were used in MKUltra being used against the masses of Americans via the mockingbird media for over 50 years (though they have since lost control of the narrative as Susan Duclos reported in this recent ANP story). First, from the Zero Hedge story:

Patients started the program with relatively insignificant mental health issues, such as anxiety or depression. In many cases, Cameron tested “drugs like LSD and PCP, medically induced sleep for extended periods, and oversaw extreme forms of electroshock therapy and sensory deprivation,” explained CBC.

Some patients have even claimed, they were forced into medically-induced comas for days or weeks at a time while a speaker played looped noises or repeated phrases. “These were innocent people that went in for mild depression… They came out completely ravaged and their life was ruined,” Marlene Levenson, whose aunt was admitted to Allan Memorial Institute, told CTV Montreal.

Angela Bardosh’s mother Nancy Layton, who attended the Allan Memorial Institute decades ago, showed CTV Montreal a note from her mother that read: “They destroyed many parts of me. I’m lucky to be alive.” Bardosh said her mother was admitted to the facility as a teenager due to depression.

“It’s horrific to go back, it’s very emotional,” said Bardosh. “For me, personally, it took me years to even read my mom’s medical records.”

Though the CIA ended the once-secretive mind control program in the 1970s, it is clear that Western governments have suppressed all information about the program to their civilian populations. As for the pending class-action lawsuit in Canada, well, it could be just enough momentum to spread the truth and unlock the secrets about what really happened during the Mk-Ultra years. Stay tuned! 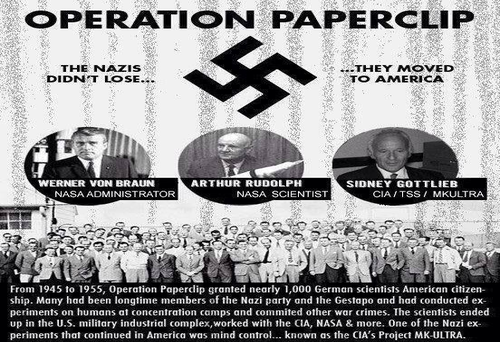 Back on October 11th of 2017, we published a story on ANP titled “From Nazi Germany To The CIA To Disney, A Deeper Look At How MKUltra And Monarch Mind Control Turned Hollywood Into ‘Cannibalistic Helly-wood'” within which we reported upon the very deep ties between MKUltra, Nazi Germany and ‘monarch mind control’ and how such techniques were being used heavily in Hollywood upon actors and actresses and within their movies and TV shows to ‘control the minds’ of the American people.

As we reported within that story, actress Roseanne Barr warned that MKUltra mind control ruled over Hollywood as Vigilant Citizen reported in this April of 2013 story and with the Hollywood and Bill and Hillary Clinton linked NXIVM sex cult now having been exposed for using similar trauma based mind control techniques, how much more long-hidden information might soon come to light? From our October of 2017 story on the ties between the CIA, MKUltra, Hollywood and Nazi Germany.:

Monarch Programming is a method of mind control used by numerous organizations for covert purposes. It is a continuation of project MK-ULTRA, a mind-control program developed by the CIA, and tested on the military and civilians. The methods are astonishingly sadistic (its entire purpose is to traumatize the victim) and the expected results are horrifying: The creation of a mind-controlled slave who can be triggered at anytime to perform any action required by the handler. While mass media ignores this issue, over 2 million Americans have gone through the horrors of this program. This article looks at the origins of Monarch programming and some of its methods and symbolism.

Monarch programming is a mind-control technique comprising elements of Satanic Ritual Abuse (SRA) and Multiple Personality Disorder (MPD). It utilizes a combination of psychology, neuroscience and occult rituals to create within the slaves an alter persona that can be triggered and programmed by the handlers. Monarch slaves are used by several organizations connected with the world elite in fields such as the military, sex slavery and the entertainment industry. This article will look at the origins of Monarch programming, its techniques and its symbolism.

Throughout the course of history, several accounts have been recorded describing rituals and practices resembling mind control. One of the earliest writings giving reference to the use of occultism to manipulate the mind can be found in the Egyptian Book of the Dead. It is a compilation of rituals, heavily studied by today’s secret societies, which describes methods of torture and intimidation (to create trauma), the use of potions (drugs) and the casting of spells (hypnotism), ultimately resulting in the total enslavement of the initiate. Other events ascribed to black magic, sorcery and demon possession (where the victim is animated by an outside force) are also ancestors of Monarch programming.

It is, however, during the 20th century that mind control became a science in the modern sense of the term, where thousands of subjects have been systematically observed, documented and experimented on. One of the first methodical studies on trauma-based mind control were conducted by Josef Mengele, a physician working in Nazi concentration camps. He initially gained notoriety for being one of the SS physicians who supervised the selection of arriving prisoners, determining who was to be killed and who was to become a forced labourer. However, he is mostly known for performing grisly human experiments on camp inmates, including children, for which Mengele was called the “Angel of Death”.

While the mainstream media will still try to label ‘mind control’ or ‘brainwashing’ a ‘conspiracy theory’ despite all of the proof that such programs did take place with the mainstream media since proving itself to be the ‘mockingbird media’ warned about, we shouldn’t be surprised that they’ve used their program to target children, both the most vulnerable and most impressionable ‘targets’ to mold and shape to accept tyranny. And they did it through Disney movies, tv shows and amusement parks. From Illuminati Rex.:

Disney, the man, the studio, and the theme parks are often cited by Monarch victims as an essential part of the government’s mind control program. Programmers use electroshock in combination with Fantasia’s imagery to induce dissociative personalities and for programming. Program runners realized that bringing in people from all over the world to military facilities would eventually give rise to suspicions, so they worked with Walt Disney in designing his theme parks to include facilities for mind control programming. Many of the rides are designed for use in mind control and to traumatize young children.

Monarch programming is also used on the masses via movies, televisions, and music. They are used to desensitize the public or to trigger programs in mind-controlled slaves. Websites such as IlluminatiMovies and VigilantCitizen are dedicated to analyzing Hollywood movies from the perspective of Monarch. 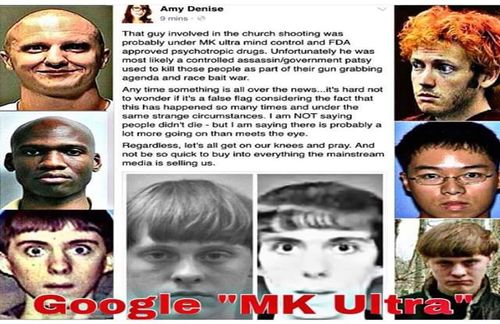 Back on May 19th after the latest school shooting in America, we asked within this story on ANP if the killer was targeted by the deep state for MKUltra and trauma based mind control while reminding of William Cooper’s 1991 book called “Behold, A Pale Horse” within which the former US Navy Intelligence officer warned of the deep state’s plan to use school shootings all across America to get the US middle class to beg the elites to take away the 2nd Amendment.

As we reported within that story, the globalist-deep state plan to destroy America and the US Constitution to complete their implementation of a ‘new world order’ absolutely depends upon a ‘neutered America’. A plan that we saw playing out to absolute perfection during Barack Obama’s 8 years of tearing down our military, loading up the ‘deep state’ with political operatives not dedicated to America but to a particular political party (and Islam?) while they continued to unfold their anti-freedom, techno-totalitarianism.

While thankfully we elected President Donald Trump and a huge dent has been put in the globalist agenda, recent events have proven there is still a corrupt faction of the deep state within America, some possibly the very same people who have designed, implemented and helped to carry out such ‘false flag events’. As videographer Dana Ashlie reports in the 2nd video below titled “Deep Truth. Neither CNN or Fox Will Tell You This“, a video that went viral with nearly a half million views, these ‘mass shooting events’ fit clearly into the ‘mass deception’ that we’ve long been warned would be carried out against us.

And while Infowars reported back in February upon the history of MKUltra and the murderous monsters such mind control techniques have created, the Canadian MKUltra victims mass lawsuit surely to bring out more truth in the days and weeks ahead. Helping to focus the attention of the masses upon the mind control techniques and torture that have been used by the ‘deep state’ against us, in the final video below we hear about the recent news that MKUltra families have finally decided to fight back against that deeply corrupted faction of the deep state that went rogue against their ‘masters’, “We the American people”.