While Wikileaks and Julian Assange have continuously warned us about the dangers of AI, as this Zero Hedge story reported, very few are listening. Warning us that the future of humanity will be the struggle between ‘humans that control machines’ and the ‘machines that control humans’, we can be forgiven for suggesting that their warning sounds too much like a science fiction movie to be believed. Yet as we reported on ANP back on April 9th, those who aren’t prepared for the coming changes are about to be blindsided.

With most recent and historical evidence proving that websites such as facebook and google are much more than they appear to be and are actually part of the globalists ‘police state’ system to know everything about everybody with a net cast across the entire planet as we reported in this April 12th ANP story, we’ll take another trip down the rabbit hole today via the must-watch video below. 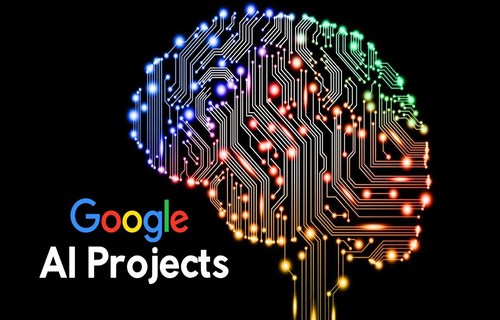 Do websites such as google and facebook listen in and record conversations and audio within a room even when they are  not open in a browser? As we see and hear in the first video below by videographer Mitchollow, a live test is performed before our very eyes in our videographer’s attempt to discover whether or not google is listening in to computer microphones even when computer browsers are closed to better target their advertisements. And what we see is more confirmation of what has long been warned……. google is listening in….to everything!

To perform his test, our videographer surfs upon numerous websites looking to see if any advertisements for ‘dog toys’ comes up and he finds none. Our videographer tells us he doesn’t have a dog, and has never looked for dog toys before, so its makes sense that no dog toys popped up while he was looking across a number of different websites.

He then shuts down his browser and openly speaks as if he’s having a conversation for approximately 2 minutes about DOG TOYS and lo and behold, when he visits those very same websites again, what showed up in his ads? DOG TOYS, of course!

Now why would DOG TOYS show up in google ads when he hadn’t been searching for dog toys and dog toys hadn’t shown up in his ads UNTIL he openly spoke about them?

As the Mirror reports in this new story titled “If Facebook isn’t spying on us, why did I get ads for obscure things I had just chatted about?“, “Tyler Mears has been left baffled after two obscure products she had chatted about out loud randomly appeared as a targeted advert on her Facebook the next day.” Do you ‘get it’ now? Much more on AI below this creepy video.

With yahoo and aol recently giving themselves and their AI the right to read their customers emails as reported in this new story over at CNET while Microsoft recently gave their AI the power to scan over all communications taking place by their customers, actually seeking out hateful or ‘offensive’ content, we see how quickly that the world we’re living within is evolving in the very direction that the free-speech-hating globalists are driving it, towards totalitarianism.

Has America really fallen so far that ‘machines’ will be regulating the speech of human beings?

As this April 10th story over at the Washington Examiner reported, facebook’s Mark Zuckerberg recently testified before Congress that AI tools to ‘flag and remove hate speech’ BEFORE IT IS POSTED will be available within 5 to 10 years.

And as Tesla founder Elon Musk has warned, if we continue to go the direction we’re now headed, a ‘boot stamping upon a human face, forever’ is well within the realm of possibility with Musk warning ‘an eternal AI dictator‘ is a possible look at the future of the human race. Now I for one find that incredibly ‘offensive’. Will ‘AI dictatorship’ be banned for being offensive to humanity? From Live Science:

Imagine your least-favorite world leader. (Take as much time as you need.)

Now, imagine if that person wasn’t a human, but a network of millions of computers around the world. This digi-dictator has instant access to every scrap of recorded information about every person who’s ever lived. It can make millions of calculations in a fraction of a second, controls the world’s economy and weapons systems with godlike autonomy and — scariest of all — can never, ever die.

This unkillable digital dictator, according to Tesla and SpaceX founder Elon Musk, is one of the darker scenarios awaiting humankind’s future if artificial-intelligence research continues without serious regulation. 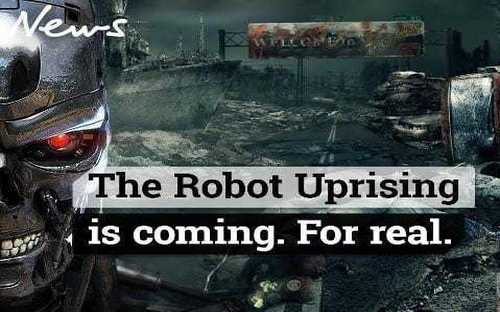 Back on March 30th we published a story titled “Our ‘Final Invention’ May Lead To The ‘Final Solution’ As Artificial Intelligence Prisons Are Rolled Out For Dissidents In China – Transhumanism And AI Are The ‘Dead End’ Of Humanity As We Know It” within which we warned that the speed which we’re now racing towards our own destruction is increasing every day.

As Steve Quayle warned in a recent interview with David Knight from Infowars, as humans rush to embrace the ‘false God’ of AI, they’re cluelessly giving themselves over to a force that will ultimately seek to destroy us.

As one AI expert warns in the video “Do You Trust This Computer?”, it’s not necessarily that AI hates us, but like an ant hill standing in the way of an ambitious highway project, human beings will simply be ‘in the way’ of AI’s goals so we must be done away with.

As Asia Times recently reported, flying killer drones will soon be inhabiting the skies with the autonomy of deciding who to kill, what is being called the “ultimate militarization of artificial intelligence“. Imagine Hillary Clinton as president of the US with those things at her disposal! Think the ‘body count’ that follows her everywhere she goes is bad now? While many rightfully have their ‘beef’ with President Trump right now, the thought of Hillary as president with killer AI drones tempers that anger. 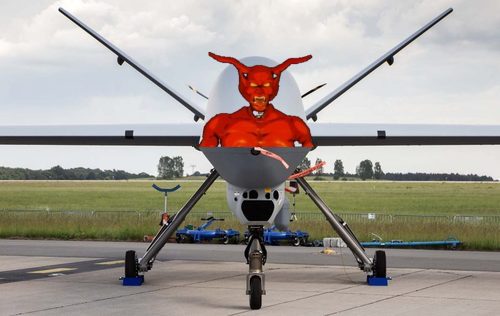 And while we get more and more proof that AI is a huge part of the globalists dark agenda for America, when AI ‘backfires’ on the globalists, we should make sure such ‘backfiring’ gets spread far and wide as this recent story over at SHTFPlan reports.

As Mac Slavo recently reported, when Amazon’s Alexa was recently asked “what are chemtrails?”, the response that AI gave is “freaking out the ‘we buy the official narrative about everything and believe everything the government says’ crowd“. From his story:

The cognitive dissonance is real.

It turns out that Alexa might not be the best source of information if you want to learn about chemtrails. If you ask Alexa about “chemtrails”, it appears it will go full Alexa Jones on you, and give you a tin-foil hat conspiracy theory that takes you to the very heart of government.

But all Alexa did was give the actual definition of a chemtrail. So why all the scary conspiracy nonsense? That is by design. When asked, the Amazon Echo Dot Alexa gave the very accurate response:

“Chemtrails. Trails left by aircraft are actually chemical or biological agents deliberately sprayed at high altitudes for a purpose undisclosed to the general public in clandestine programs directed by government officials.”

With AI proving through such results that it is not infallible, what can awakened Americans do to turn the tide against the globalists by using the very same tools they’re developing to enslave us against them? Please leave any comments or ideas on how to use AI against the globalists in the comment section below and we’ll be following up on this story within the next week with your ideas.