In a recent story that Steve Quayle linked to on his website on April 18th it is reported that more than 600 pounds of explosives had been stolen in Pennsylvania and Iranian ‘sleeper cells’ were suspected to have carried out the theft.

Reporting that the Bureau of Alcohol, Tobacco, Firearms and Explosives had warned that the Gregory General Contracting Company had reported the stolen dynamite and at least 400 blasting caps, the story also reports that according to law enforcement officials, they believe that those who stole it are “moving aggressively toward an actual attack here in the U.S.“.

While the Daily Mail recently reported that ISIS has also recently threatened to bomb New York’s subway system via a chilling poster showing a militant with sticks of dynamite at a subway station near the Brooklyn Bridge, the poster came along with a chilling warning: “You will not expect where we will attack.”

Also recently threatening to attack Paris and the World Cup finals in Russia, this ‘global terror campaign’ comes as ISIS continues to lose territory in the Middle East, as if they’ve admitted to themselves that they are outmatched in Syria and Iraq and will soon turn their ways of terror to other, less prepared areas than the war-torn Middle East. 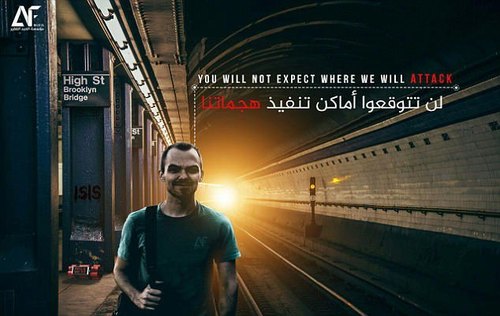 In this new story from Intellihub they report that ISIS has also ‘set its sights’ upon ‘satanic CNN’, NASA and the Federal Reserve, with the terrorist organization’s latest release of propaganda suggesting an attack may be coming.

Yet as Infowars reports in this new story and as we hear from them in the 1st video below, with absolute proof that ISIS was created and armed by the globalists, including Hillary Clinton and Barack Obama during his term in office as is pointed out in this news release from Hawaiian Congresswoman Tulsi Gabbard, “the ‘Deep State’ is poised to strike back with staged terror attacks as the phony Russia investigation is drawing to a close, and lasting peace with North Korea in the region is within reach.”

Would ‘enemies of America within’ launch crippling terror attacks upon their own nation?

While we’ll hope and pray that America stays peaceful in the days, weeks and months ahead, as Mike Adams points out in this new story over at Natural News, should Hillary Clinton, James Comey and other members of the ‘deep state’ be indicted, there may be nothing that is able to stop civil war in US streets. And with the Democrats long-supporting terror groups such as ISIS and Antifa, there’s little doubt which ‘side’ such cretins would be on should civil war break out in America. From Adams:

It’s important to recognize events that are likely to trigger the coming civil war. And by “civil war,” I mean a domestic, kinetic conflict between anti-American Leftists and pro-American patriots. In this case, “civil war” is not a political metaphor. I’m warning about actual kinetic conflict.

Finally, after years of cover-ups, the participants in the Clinton criminal cartel may be facing indictment and imprisonment. Earlier this week, lawmakers joined forces to send a criminal referral to the Dept. of Justice that recommends criminal investigations into James Comey, Loretta Lynch, Hillary Clinton, Peter Strzok, Lisa Page and Andrew McCabe, all “swamp creatures” who have committed outrageous criminal acts against the people of America.

Also, as reported on JamesComey.news, Comey transformed the FBI into a corrupt, treasonous deep state apparatus that actively obstructed justice in order to make sure Hillary Clinton got elected President.

The point is, unless President Trump is literally killed in some brazen assassination coup — which is always a possibility — he’s going to make sure Hillary Clinton and her cohorts get indicted. Regardless of what happens in the 2018 mid-terms, Trump is still President through 2020, and there’s no way he’s leaving office without making sure the corrupt deep state gets some serious payback. 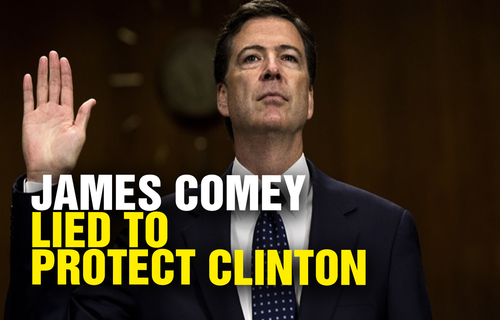 While we wouldn’t recommend that anybody hold their breaths until the Clinton crime family is indicted, as Susan Duclos reported in this April 20th ANP story, every day we’re getting more and more indications that indeed, the ‘criminal deep state’ might be taken down with investigations, criminal referrals and James Comey memos opening up a huge can of worms.

Will we soon be watching Hillary Clinton and friends indicted over massive crimes against America and the world?

And would such indictments lead to civil war upon US soil? Once again, from Mike Adams must-read story over at Natural News:

The unhinged Left, of course, will immediately start rioting once Hillary Clinton gets indicted. Once the riots begin, I fully expect “kinetic engagement” to begin. Note that I do not support such bloodshed, and I don’t condone it. The last thing I want to see is the blood of Americans spilled on the streets of America. Yet I fear this is exactly where things are headed for the simple reason that Leftists can no longer participate in a free society in any rational, lawful way. They are deranged, hate-filled lunatics who despise law and order and literally seek to murder their political enemies. The very idea that their own deep state treasonous swamp creatures might face the rule of law will drive Leftists to unhinged extremism, which is likely to include their bombing of government buildings, mass arson, chaos in the streets, the widespread targeting of police officers and the attempted murdering of conservatives and Trump supporters.

The extreme intolerance, irrationality, anger and lawlessness of the Left, in other words, is simply irreconcilable with a free society. The current situation cannot persist much longer without something breaking.

We aren’t far away from a trigger event that could unleash all this. In fact, as I’ve explained on Natural News, there are globalist elements that actively seek to push America into a civil war in order to call for United Nations “peacekeeping” intervention (run by Obama, of course). 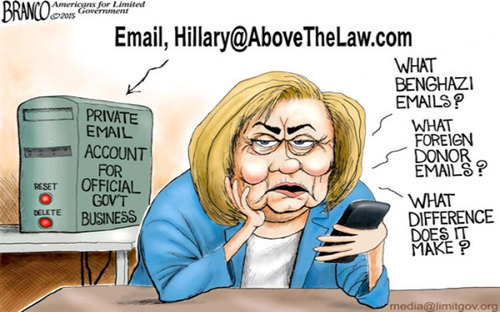 As we’ve warned time and again on ANP, should the criminal deep state be about to ‘be taken down’, we should expect some kind of real or false flag ‘event’ to be carried out that takes all attention away from them and with many recent indications that ‘an event’ is being planned, we should all keep our eyes and ears wide open in the days and weeks ahead.

And while economist Peter Schiff recently warned that we are witnessing the ‘calm before the storm’ as heard in the 2nd video below after US missile strikes in Syria, rumblings of a trade war and a generally weak dollar, we remind you Gerald Celente has long warned “when all else fails, they bring us to war“, with 9/11 proving a ‘false flag event’ is a great way to get us into a war.

We close here with a quote from one of Nazi Germany’s most powerful military men between 1933 and 1945, Hermann Goring, who spoke these blunt words of truth decades ago, lessons that all Americans should have learned by now.

“Why of course the people don’t want war. Why should some poor slob on a farm want to risk his life in a war when the best he can get out of it is to come back to his farm in one piece? Naturally the common people don’t want war: neither in Russia, nor in England, nor for that matter in Germany. That is understood.

But after all it is the leaders of a country who determine the policy and it is always a simple matter to drag the people along, whether it is a democracy or fascist dictorship, or a parliament or a communist dictatorship. Voice or no voice, the people can always be brought to the bidding of the leaders. That is easy. All you have to do is tell them they are being attacked, and denounce the peace makers for lack of patriotism and exposing the country to danger. It works the same in any country.”