Several stories over at the Economic Collapse Blog, SHTFPlan and a few other independent news outlets published in the last few days alone give us more reason to continue preparing for the end of life as we know it as if there will be no tomorrow to do so. Each and every day we feel as if we’ve moved another day closer to ‘an event’ and the stories we’ve outlined below show that even with President Trump in office, doing his best to return jobs and security to America, the globalists and ‘enemies of America within’ who are working to sabotage Trump are also working to bring down America.

In this April 2nd story from Mac Slavo over at SHTFPlan he reports that according to one insider, “sophisticated investors are preparing for global implosion” while warning us “financial, social and geopoltical turmoil will flare up like a tinderbox”. On April 2nd, Michael Snyder asked “What Is America Going To Look Like When Stocks, Home Prices And Even Used Cars All Crash By At Least 50%?” while warning us we’re heading for an implosion and once the implosion happens, people are going to go absolutely nuts. Anger and frustration are already rising to the boiling point all over the country, and it isn’t going to take much to push millions of Americans completely over the edge. 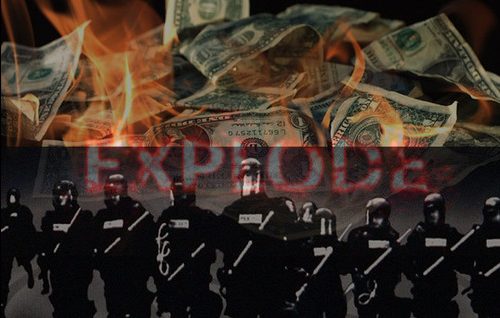 The very same day, Greg Hunter’s USA Watchdog reported that money riots will surely be coming to America with the next financial collapse bringing a possible ‘Mad Max‘ scenario to the financial world should the worst case scenario arrive. Warning of dangerous times ahead and Congress playing with fire with a possible govt shutdown, we see in the story’s warnings more reasons to get prepared, and now, for there may not be a tomorrow to do so.

We hear from Greg in the final video below. First, a brief excerpt from his story:

So, could we be facing a “Mad Max” world if the financial system totally crashes? Rickards says, “In ‘Road to Ruin,’ I talk about what I call the money riots. There is a lot of reasons for rioting. When you start shutting banks and the stock exchange and they say you can’t get your money, it’s only temporary, trust us, people will go out and start to burn down banks. The government is ready for that also with emergency response and martial law. . . .

Governments don’t go down without a fight. . . .

You can see the shutdown coming because they will try to buy time until they come up with a solution, whether it’s gold, Special Drawing Rights (SDR), guarantees or whatever it might be. There are only two or three possibilities here, but all of them will take time, and they will have to shut down the system. . . .

People will not sit for that. So, that means people will riot. They’ll burn down banks. They will smash windows, but what is the reaction to that? The answer is martial law, militarized police, actual military units and you get something that looks like fascism pretty quickly.” 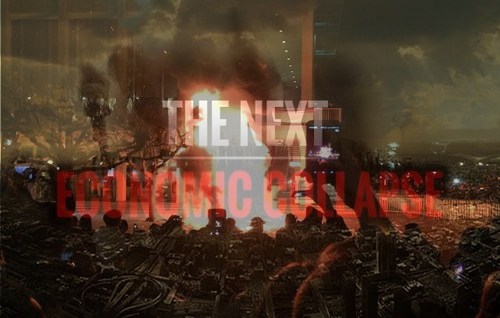 While some alternative news websites have been stressing preparing to their readers for a very long time, it’s great to see that even lawmakers in South Carolina are urging their constituents to do so, making plans for ‘survival communities’ as Susan Duclos reported in this ANP story. Fully believing there will be an inevitable collapse of society whether via natural disaster, EMP, economic collapse or outbreak of war, it’s great to see that some are taking seriously what could lead to the end of life as we know it.

Another sign of danger ahead that you’ll never get from the mainstream media comes to us from this Zero Hedge story which reports Moscow and Beijing have joined forces to bypass the US dollar in global markets by using gold. Possibly pushing the US and the world closer to a ‘gold standard’, how long will it be until the current system goes up in flames? More signs surround us.

The March 30th story from Snyder at The Economic Collapse blog reports the ticking time bomb that could wipe out virtually every pension fund in America is getting worse with Bloomberg recently reporting the crisis is too big to ignore. Warning us in his story that everybody see’s what’s coming but nobody is doing anything about it, we see that America is being set up for the fall as Snyder reports: We are perfectly primed for the greatest financial disaster in American history, and yet very few people are sounding the alarm. 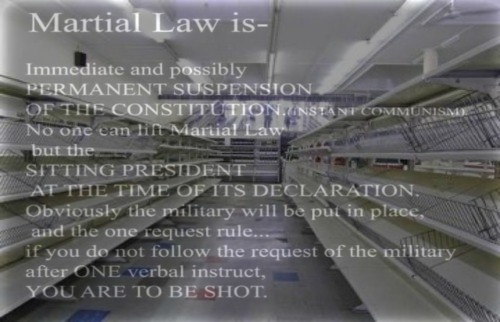 Quite insanely, prior to Trump getting into office on January 20th, the left were actually petitioning President Obama to declare martial law while since Trump took over, many on that side are seemingly pushing for civil war. Well, maybe they should watch out what they wish for. As Doug Casey recently warned Greg Hunter over at USAWatchdog, the next financial collapse could very well trigger civil war and many recent stories prove we’re closing in on that.

The story the Drudge Report linked to over at Reason.com reports Venezuela moving towards dictatorship should be another dire reminder to us all, especially those calling for socialism here, that socialism often turns out very, very badly for the people and frequently leads to dictatorship. As we’ve reported time and again on ANP, the people of Venezuela are hurting terribly with the country’s healthcare system collapsing and the demand for food far outweighing their measly supply. 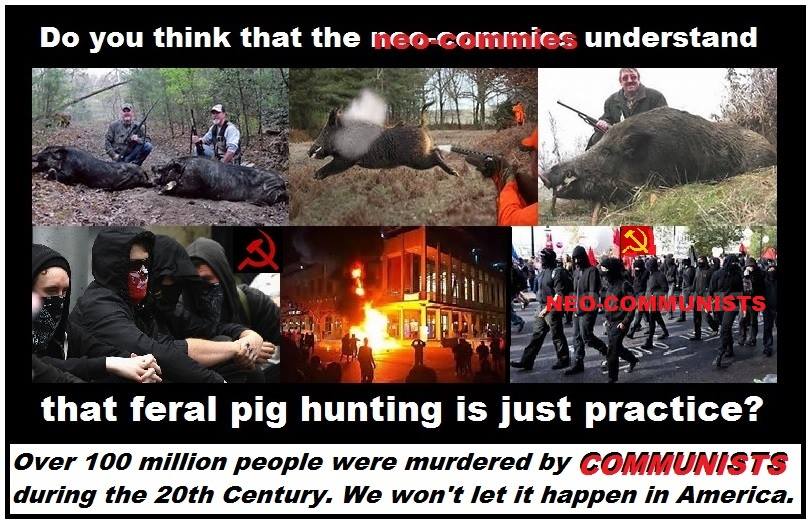 History has provided us with a wealth of information about what happens to socialist nations which nearly all inevitably suffer massive breakdowns and fail, leaving a body count that dwarfs that following Bill and Hillary around.

And while our current system could continue for months or even years still, as long as we know that the globalists plan is to ‘bring down America’ we know that, eventually, the system will fail…as that was their plan all along. Watching what is happening now in Venezuela, the Pacific Ocean and Hollywood help prove to us that we better be ready to take care of ourselves, for if we rely upon ‘the government’ or ‘the system’ to ‘save us’, we might be waiting for a very long time. Just ask the people of Venezuela.