DEATH OF FREE SPEECH AND THE DEMISE OF FREE MEN

We have been Railroaded with “hate speech,” “hate thought” comes next

We just celebrated our 241st birthday as a nation established for freedom of speech and the right to call a criminal a criminal even if he lives in the supreme Court building or in the White House.

Free speech however is under assault like never before since the days when dictators and kings ruled mankind. The leaders of the charge against it are the professors at liberal colleges who have been indoctrinating our youth for the past 50 years in the idea that “pure communism” is the way to go. “Mainstream media (msm)” is bringing up the rear with their manufactured news. It has even now invaded grade and high school classrooms.

See also from Pastor Carmack: We Have Become A Nation Of Bleating Sheep As We Are Herded Into The Slaughter House – The Vanishing Dreams Of Free Men 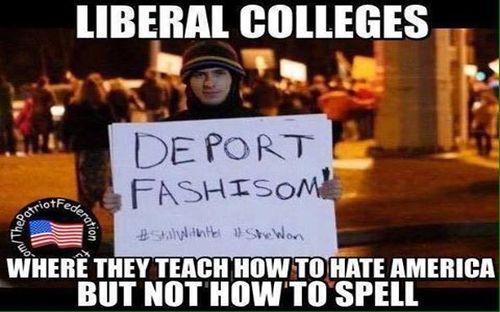 The death of our country and the American way of life as relating to free speech started out in an identifiable form when “hate crimes” were first identified in law in 1968 (The Civil Rights Act of 1968). It kicked into higher gear in 1994 and ’98 and was spelled out in 2009 legislation under Obama. “Hate speech” followed close behind. Long a method with which to brand and expose to daylight dictatorships like the Soviet Union and Hitler’s Germany, the United States and Western Europeans have now given up freedom of speech and have embraced “hate speech,” using and twisting the law to prohibit any criticism of the existing “Powers That Be.”

The next logical step is “a mandatory brain plant to monitor “hate thoughts.” The data will be collected and stored in a CIA data bank somewhere out in the badlands of the West. Whenever a peasant steps out of line his dossier will be pulled up and he will be yanked before a kangaroo court to check his “thought crimes.” If severe enough he will simply be extinguished, ala “1984” or “Brave New World.” Some of the first baby steps in this direction are already being taken as when this week two pastors in the UK were arrested for “thought crimes” and thrown in jail for preaching and telling the truth about Islam. Here is a link to that story.

Restrictions on the right to voice your mind, was the lynchpin behind the Revolutionary War as King George went after any who dared criticize him. To protect themselves the Colonists fought back winning their freedom by war. Freedom of speech was enshrined into fundamental law with the First Amendment to our Constitution where the idea was expressed as,

“Congress shall make no law respecting an establishment of religion, or prohibiting the free exercise thereof; or abridging the freedom of speech, or of the press; or the right of the people peaceably to assemble, and to petition the Government for a redress of grievances.”

Yet when world oppressors, posing as “friends of the people,” dishing out “welfare” by the barrel, and disguising themselves as “liberal,” slyly began a campaign to do away with any criticism of their plans (using Hollywood and news control), hardly a free man rose up to protest such an egregious assault on liberty. Yes, we saw the danger as the campaign grew and gained momentum, but we failed to rise up and demand it be stopped. As a result, “politically correct” speech took over and the march to the death camps increased in tempo. Today, most American sheep, accept the new normal and see no danger in losing our right to criticize crimes by our would-be rulers. Soon it will be a jailable offense to say “NO” to an elected official.

Freedom crept away an inch at a time.

“Hate speech” is a manufactured false flag in an underhanded attack on freedom. Using the guise of “protecting the oppressed” the insidious hand of globalism is taping any mouth shut that dares to raise a protest of what is happening. Winston Smith of “1984” knew well to keep his mouth quiet, his thoughts and instincts to himself. In the society of “Big Brother” those who dare to protest will find themselves “disappeared” leaving no trace of ever having lived.

“Hate Crime” legislation required the Attorney General to collect data on crimes committed because of the victim’s race, religion, disability, sexual orientation, or ethnicity. Opening a Pandora’s Box, the June 27, 1989, legislation passed the House called the “Hate Crimes Statistics Act” by a 368-47 vote. From there it went downhill and was quickly turned into a tool to crush any speech that could possibly be construed to be “hate.”

The first time I heard of “hate speech” was a Hallmark movie called “Harvest of Fire” starring Patty Duke that aired in 1996. Hollywood was even then marching in lockstep with the New World Order, based upon the same premises as George Orwell’s novel “1984.”

The movie was about a boy who burned down an Amish barn. I thought to myself when I saw it, how easy it would be to turn that tool to total evil, in controlling a population that was supposed to work and produce not question “authority.” After all, plantation workers are supposed to keep their heads down and their mouths shut. Only the owners have the right to say what they think and eat at a table with fine linen and goblets of wine.

Speaking of a deterioration of law, when was the last time a President was called out and forced to back down for acting like a dictator? I’m not talking about the charade of district judges assuming the power to control the whole nation as per overriding Trump’s attempt to control immigration. The President clearly has the power of law at his back, but that means little to those who want to destroy our country.

When, Oh When, if ever will our Congress act to put these little dictators in their proper place and rewrite the rules to make it abundantly clear their jurisdiction is only for their district! The Constitution is clear and simple; Congress has the power to create inferior courts. They therefore have the power to abolish them and re-constitute them with limited jurisdiction for their own districts! Since when does a pompous little judge in lower Hoboken have the power to override the President or “make law” with his opinions! It is an outrage! Here is the law.

The judicial power of the United States, shall be vested in one Supreme Court, and in such inferior courts as the Congress may from time to time ordain and establish. The judges, both of the supreme and inferior courts, shall hold their offices during good behaviour, and shall, at stated times, receive for their services, a compensation, which shall not be diminished during their continuance in office. (underlining added) 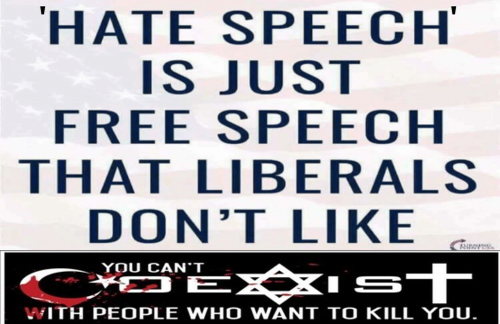 If the Congress can establish courts they can also abolish them and then re-establish them with clearly defined limits of jurisdiction. Judges can also lose their offices when they step over the line and their “behaviour” turns from good to bad.

When was the last time a supreme or inferior Court Judge adhered to written LAW, as per the Constitution, instead of “case law” or “precedent?” Precedent simply means the mistakes of the past will be enshrined as “law” of the future until they are overturned by a later opinion of a later supreme Court.

Those that participate in such charades don’t want to hear it but the “Real Supreme Court” will be convened about 1,007 years from now. And when that sentence is passed down there will be no “later opinion.” That court will be convened in heaven and will be the final decision for every person that stands before it.

Have you gone to Jesus in prayer and asked for forgiveness of sin? Better hurry, time is short.

Mt 5:6 Blessed are they which do hunger and thirst after righteousness: for they shall be filled.

Do we deserve the freedoms our forefathers fought and died for? No we don’t. We have become a nation of “takers” instead of “achievers” and when the annals of our history are written (if they ever are), we will be put down as a slovenly people unworthy of the name of “free.” Meanwhile, the God of Heaven takes no satisfaction in the demise of a people who were given so much, yet squandered their inheritance with a beer in one hand and a remote control in the other. America is under judgment by God.

Our children will one day look out from behind prison barbed wire and curse our name.