By William B Stoecker – All News Pipeline
I noticed some years ago that most people on the left fall into one or both of two categories. There are those I call “professional offended people,” meaning that being offended is pretty much the life’s work of such people. If a school teacher inadvertently so much as mentions God, or dares to pray silently in class, someone will be “deeply offended”, “marginalized,” and “threatened” by his behavior, and will sue the school district, usually after contacting a professionally offended organization like the ACLU or the SPLC.

The other group is composed of “againsters,” people who pretend to be for some vaguely noble-sounding cause, like women’s rights, or Black rights, or saving the planet from some imaginary peril. But if we look at their actual deeds, and the actual, real-world consequences of the programs they advocate, we find that women and Blacks are ill-served, and the planet is neither imperiled nor saved. Their real motivation is opposition…typically they oppose America, Israel, Judaism, Christianity, Judeo-Christian morality, free speech, the Second Amendment, free, Republican government, and a free market economy. And most leftists fall into both of these categories. 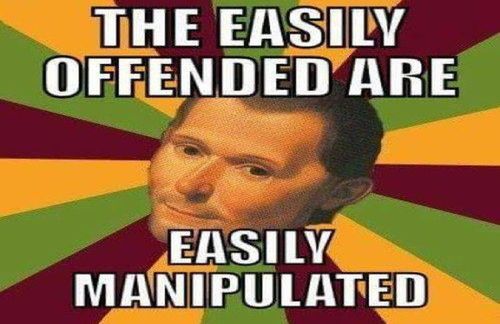 The problem for the left is that hatred of “the other” by itself does not make for a viable movement. It is all very well for leftists to hate Trump, or the “patriarchy,” but if they do not also love their own comrades they cannot hold together, especially as they increasingly initiate real violence against those they oppose. But the left is not into love, or respect, or loyalty…all of which is a part of the Judeo-Christian morality they despise. Decades of identity politics has fragmented the left into factions who hate one another even more than they hate the rest of us.

The radical feminists are a good example. Many, though not all, are lesbians. The twisted sisters are “united” only by their common hatred of all men, and their hatred of unborn babies. Unlimited, late term and partial-birth abortion, taxpayer funded, is the very foundation of their sick, evil religion. Think Satanic human sacrifice on an industrial scale. And make no mistake about it…they really do hate men, even male leftists. They speak of the “patriarchy,” and the bitter irony of it all is that there is a sort of patriarchy, composed of mostly old, mostly White men like George Sauron, Ted Turner, the Rothschildes, etc. Yet it is precisely this patriarchy that has always financed and controlled the left, which they created to begin with. Radical feminists, at least at the highest levels of their cult, knowingly do the bidding of such men. 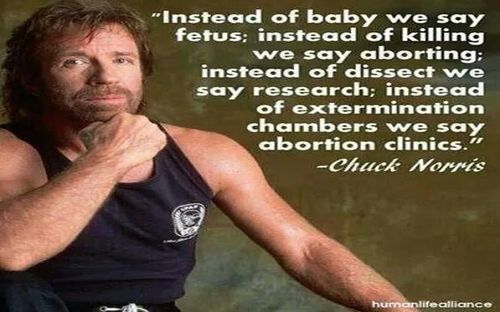 And Black racists, hating all White people, also take their marching orders from these old, White men. Over the last few decades Blacks (in general, and with numerous exceptions) have arguably become the most racist, hate-filled group in the United States. Listen to the ravings of Al Sharpton or Hussein Obama, or the New Black Panthers who advocate killing even White children and infants. Blacks make up only a small minority of the population but commit most of the crime, and Whites and Asians are their favorite victims. Inner city Blacks use any excuse to riot, attacking White people and destroying property. Yet leftists imagine that they can make common cause with these people and stand shoulder to shoulder with them, boldly warring against those of us who ask merely to be left alone.

The left has long been obsessed with what they call “people of color,” a phrase no patriot would ever use. Melanin-worshippers that they are, they profess to adore Blacks, Hispanics, and Muslims, equating Islam with race. Hispanics, especially immigrants, have become sacred cows. But leftists scarcely seem to notice that many of the Hispanic immigrants despise the White leftists themselves, and, in addition, that Blacks and Hispanics are increasingly at war with one another, in the prisons and on the streets of cities like Los Angeles.

And then there are the Muslims, whom leftists consider far superior to “bigoted” and “narrow-minded” Christians and Jews. Never mind that Muslims have warred non-stop against the rest of humanity ever since their evil death cult was spawned in a cave in Arabia. Never mind that their Koran and their Sharia law specifically call for the enslavement and murder of everyone who fails to join them in worshipping Allah. Never mind that their religion calls for active persecution, even murder, of homosexuals (whom leftists also worship). 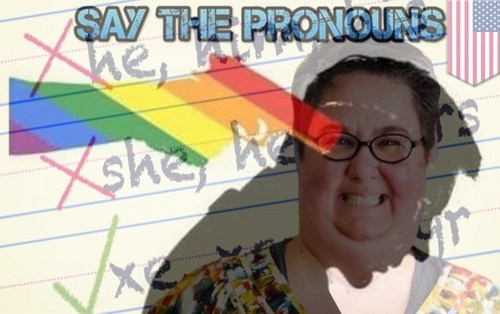 And homosexuals and lesbians and the ever-expanding sexual zoo of Glibetts (GLBTs), sexual shape-shifters and self-mutilators who demand to be addressed with imaginary pronouns, have been an integral part of the left for decades…despite the fact that most Muslims and many Blacks and Hispanics despise them. To illustrate just how far the left has “evolved,” remember that Hitler and Stalin and Mao never dreamed of forcing the radical pervert agenda on their subjects. Yet now the Glibetts are succeeding in having students kicked out of the indoc centers (formerly known as “universities”) and having indoctrinators fired if they inadvertently use the wrong pronoun when they address one of these sensitive souls.

Exactly how they are supposed to know which pronoun any particular Glibett requires is not clear. Many radical feminists, especially the lesbians, are beginning to resent the Glibetts, because they now get much of the attention the lesbians used to bask in, and because some feminists have realized, too late, that some heterosexual men will pretend to be female lesbians, and enter women’s locker rooms, etc. This was perfectly okay when these perverts targeted, say, underage heterosexual girls, but the feminists themselves are not supposed to be victims.

Many Asian-Americans of the current generation have been seduced by the left, and Jews have always fallen for the Big Lie, but Asians and Jews are despised and resented by most other leftists, and are the victims of reverse discrimination, particularly in the indoc centers.

And, as the left splinters into warring tribes, leftists have gone ever-further into the uncharted territory of true madness, succumbing to criminal insanity. They are out of the closet now, their true nature obvious to the rest of us. When someone believes that sexual preference is hard-wired in genetically, but a person’s actual sex is determined, not by x and y chromosomes, but by individual preference, that person has crossed the line into real mental illness. We patriots have to stop being intimidated by this pathetic crew of self-hating losers. Unless they get away with massive vote fraud, it appears that the left’s moment in history may have passed.