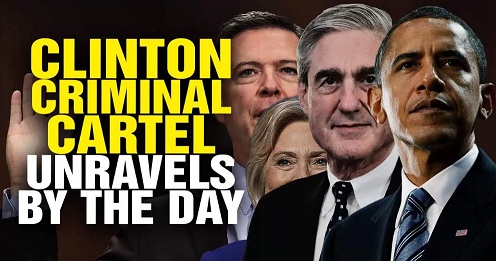 Since news broke of the classified FISA abuse memo prepared by the House Intelligence Committee, one that Democrats on the committee unsuccessfully attempted to block the full 435 members of the House from seeing, which led to to a massive #ReleaseThememo campaign, with Rep. Mark Meadows even publishing a petition for Americans to sign demanding the release of the four page memo, we have seen the Democratic politicians and the MSM attempt to distract the public’s attention with a number of BS stories. From Russian bots being behind the #ReleaseTheMemo campaign, to an alleged Trump scandal going back to 2006, to claims of bombshell news that President Trump had a discussion six months ago about whether Robert Mueller had a conflict of interest in being assigned the Russia probe, they have pumped out headline after headline on everything but the contents of this highly “explosive” memo.

If you think the media circus was bad last week, it is about to get exponentially worse.

REPORT: MEMO TO BE RELEASED NEXT WEEK

Sara Carter, who has been ahead of the curve on this issue, going back to her initial reports of the Obama administration “unmasking” American citizens, specifically Trump campaign teams members, joined Sean Hannity on Friday, where both are confirming that the much-talked about memo is supposed to be released next week, in the days following the President’s State Of the Union address.

We already know from Democratic leaks, attempting to discredit the four-page memo preemptively, that FBI Deputy Director Andrew McCabe, Deputy Attorney General Rod Rosenstein and former FBI Director James Comey, are named in the memo. Democratic politicians are also claiming that the memo are Republican “talking points” and without the underlying documentation they are misleading. In response to that claim, Republican lawmakers are demanding that the ancillary documentation, redacting any methods and sources, be released with or directly after the memo, to prove the claims in the memo are backed up by supporting evidence.

The DOJ and FBI have come out against the release of the memo to the general public, before they get to it, because it purports to show massive abuses by high level officials within the DOJ and the FBI.

President Trump has now broken with the DOJ on the matter and has come out in full support of releasing the memo to the public, which was implied earlier in the week when Sarah Huckabee Sanders said the administration was in favor of “full transparency.”

THE NOOSE TIGHTENS ON THE DEEP STATE

As ANP reported on Saturday, the Senate Judiciary Committee is demanding documentation from some of the previous administration’s top level officials, going after the next level of “bigger fish” in their probe of the Kremlin sourced, DNC/Clinton campaign funded Steele dossier and how it was used without verification to obtain FISA warrants to surveil the Trump campaign team members before and after the 2016 presidential election, which was the “insurance policy” that top level FBI agent Peter Strzok and FBI lawyer Lisa Page spoke about via text messages. (That is also the topic of the four-page House intel FISA abuse memo)

Note about one of those bigger fish: Tom Fitton from Judicial Watch who has been responsible for bring much information to light by suing the government for information via Freedom Of Information Act (FOIA) requests told Judge Jeanine Pirro on Saturday that Judicial Watch sued back in September 2017 for the text messages of the number two at the FBI, Andrew McCabe, who was previously mentioned in the Strzok/Page texts as being part of the discussions before the election on the “path” forward to prevent Donald Trump from winning the 2016 presidential election, and Fitton says he was told he was given everything they are going to give him and none of the McCabe texts were included, despite those being the documents sued for.

Information has been coming out fast and furiously since the initial reports on the House Intel Committee vote to release the memo to the full House, and the MSM, along with Democratic politicians have been a blind panic, understanding the basis behind everything special counsel Robert Mueller has done so far, stemmed directly from the surveillance of the Trump campaign which was obtained using the unverified, Kremlin sourced Steele dossier, which in turn basically nullifies every bit of evidence Mueller thought he had under the Fruit of the Poisonous Tree legal doctrine.

To be blunt, the Democrats, liberals and the MSM put all their eggs in the “Russian” basket since the 2016 November election and they are watching the entire “Russia collusion narrative, along with their plan B “obstruction” narrative, crumble right before their very eyes.

Natural News Flashback: LOCK THEM UP: Why it’s time to arrest James Comey, Robert Mueller, Peter Strzok and the other swamp creatures staging an attempted coup 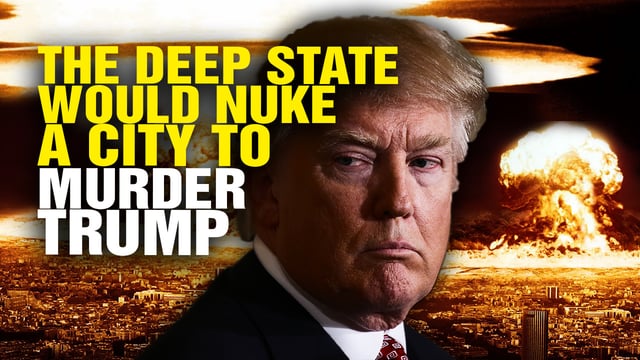 PREPARE FOLKS, NEXT WEEK WILL BE HUGE – MSM AND DEMS WILL TRY TO SCORCH THE EARTH

If anyone thought the underhanded tactics of the MSM was bad since the January 18th news of the full house being allowed to access the FISA abuse memo, with news of a Trump discussion, Stormy Daniels, and Russian bots tweeting #ReleaseTheMemo dominated headlines to avoid talking about the memo, and CNN yelling Russia! 61 times in a 24 hours period in their pathetic desperate attempt to distract their audience from the real news, things are about to explode as the MSM and Democrats collude to scorch the earth to mitigate the fallout from the release of the memo and the supporting evidence to the general public.

They are already starting to float the tactics they will be using, as headlines show President Trump’s desire to allow the public to see the rampant abuses on the part of high level Obama employees at the FBI and DOJ, some already gone, and some still there, is being called an “Attack on the U.S. constitution itself,” by The Guardian, and claims that this is “obstruction and destruction” by far left liberal websites like Daily Kos.”

Heck, the New York Times and other outlets are even throwing Hillary Clinton under the bus by finally reporting a scandal from 2008 just to avoid detailing exactly what type of abuses the FBI and the DOJ committed under the Obama administration and to also distract from the fact that these abuses did happen in a vacuum and Barack Obama could not have been unaware of them.

Fully expect the deep state members still in the FBI and DOJ, the mainstream media and Democratic politicians to pull out all the stops in the next week, especially on the same day and the one directly following the release of the memo and do not put it past them to create a massive false flag event, if everything else they throw out there fails, on the day the supporting documentation that proves the the points in the FISA abuse memo is released.

The noose is tightening on the key players that have attempted to frame a duly elected president in order to overturn a presidential election and they are panicked and running scared right now as not only their Russia narrative unraveling, but those that set it all up, using the Steele dossier to obtain FISA warrants, creating a bogus storyline to justify a special counsel to investigate said storyline, are all seeing their names in the headlines in relation to deep state corruption.

In the months since Mueller began as special counsel, he has managed to obtain only four indictments for process crimes, nothing in relation to “Russian collusion,” spending millions and millions in taxpayer dollars on an investigation created solely by compromised sources and evidence, since many of the same players like Strzok, Page, Weissmann, McCabe, the Ohr’s, and others played key roles in creating the Russia probe, while “fixing” the Clinton investigation to let her off, despite noting her criminal actions.

It is all falling apart and they are desperate. Desperate people are dangerous people.