If anybody else had noticed the very strange bedfellows that President Trump’s recent announcement of troop withdrawals from Syria and Afghanistan has created, you’re not the only ones.

While California Democratic Representative Ted Lieu had not long ago proclaimed that he’d love to regulate the speech of Americans but the 1st Amendment prevents him from doing so, he also praised President Trump for his Syria troop withdrawal while taking a shot at Barack Obama, saying that neither administration had an ‘end state‘ in mind for Syria nor a winning strategy.

With Democrat Lieu joining Kentucky Senator Rand Paul who thanked President Trump for having the courage to do what needed to be done, Lieu’s and Paul’s remarks stand in stark contrast to Republican (in name only) Representative Marco Rubio who slammed President Trump’s decision to pull troops out of Syria, saying “whoever advised him has done a great disservice to the country.”

With Rubio also claiming that POTUS Trump “has put the US at risk by his decision” while Republican Senator Lindsey Graham claims the decision to remove troops from Afghanistan “could be paving the way to toward a 2nd 9/11“, we’ll absolutely agree with ANP reader David Galvin who left the following comment on this December 21st ANP story:

“First, expect a 9/11 type of false flag in 2019 since Trump is bringing troops home from the Middle East. The Deep State needs perpetual war to survive. 2019 gonna be wild.”

ANP reader ‘Master of Reality‘ responded to David with the following comment.:

Yea we over due for a giant false flag from hell. I figure they gonna nuke us this time, and want double taxes, to protect us. 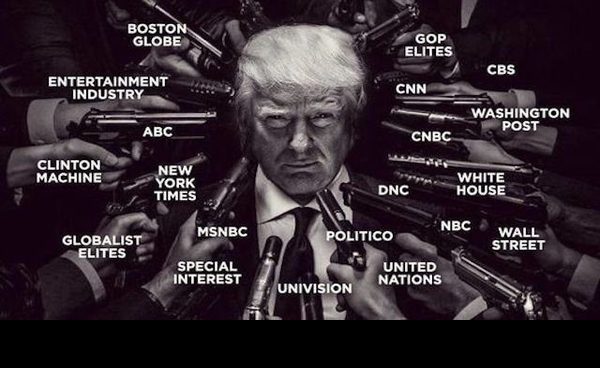 And while President Trump friend and confidant Roger Stone recently told Infowars that he believes that the deep state will attempt to assassinate President Trump to put an end to ‘peace’ breaking out around the world as heard in the 2nd video below, others have warned that the Democrats will continue to hound President Trump and his agenda throughout 2019 with impeachment talk absolutely on the table.

Yet as we see in the meme below, this demoncratic party and deep state attack upon President Trump and his agenda to put an end to the globalists maddening wars is nothing less than an all-out deep state attack upon tens of millions of Americans who voted for President Trump and hoped beyond hope that he’d finally put an end to the madness that had gone on for far too long already.

As Zero Hedge reported in this recent story, for pulling US troops out of Syria, “Donald Trump is being portrayed as something eerily close to the antichrist. That truly is the world on its head. Bringing troops home to their families equals chaos…” Truth is treason in the empire of lies and those who stand against the globalists eternal war agenda demonized.

And as Mac Slavo reports in this new story over at SHTFPlan, according to a currently jailed Russian businessman, an actual ‘revolution’ in America is now all but inevitable with the globalists stopping at nothing to take Trump down.

Echoing comments made several years ago by Russian Professor and political scientist Igor Panarin that the US was sure to ‘disintegrate’ at some point in the future, with the Western states of California, Nevada, Washington and several others falling to China while most of the East coast joined the European Union and much of the midwest joining Canada while Alaska joined Russia and the Southern states joined Mexico, Viktor Bout’s new warning should not be dismissed. And Bout’s warning from Slavo’s story also echoes recent remarks by President Trump that America is falling to tyranny.:

“Regarding my innocence – to whom I can prove it? To what system? Look at what is happening in the United States. They are trying to do what they’ve done to me not only to their distinguished generals but the President himself. The American justice system has become a cheap farce.“

“This country is at the doorstep of great changes, and, in my opinion, a revolution, which is virtually inevitable,” Bout added according to RT. “Many out there are ready for the civil war: on the two sides, armed to the teeth and only waiting for the moment when someone starts to spill blood,” Bout added.

Bout’s warnings come as politicians in Washington insist on ramping up tensions with Moscow. “Over these years, I’ve formed an opinion that the Americans are largely for good relations with Russia. At least, that’s how it is for those who live in rural areas. The people are conservative, plain out there, where I serve my term,” he stated, adding that the Russians and the Americans actually have more things in common than dividing. 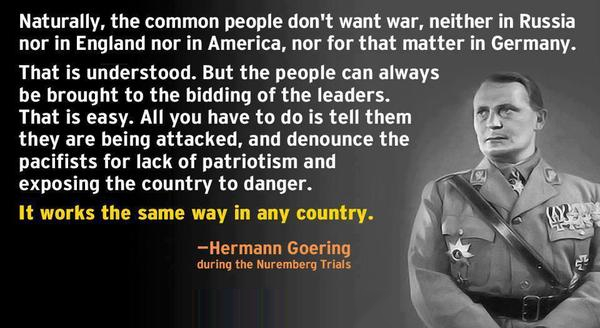 In this December 21st story over at Tzarism which the Drudge Report had linked to for several days running they asked if the United States military is loyal to their ‘Commander in Chief‘ at a time when numerous military officers have actually been taking shots at POTUS Trump, what some could consider ‘treasonous sedition’.

While President Trump himself recently warned that he believes that his very well armed supporters would revolt and take down any ‘coup attempt‘ by the deep state, if the US military has already given up upon America and embraced globalism above country, putting Hillary Clinton and the deep state above President Trump, America is in huge trouble.

While Zero Hedge recently asked if Trump’s troop withdrawal from Syria was putting the deep state on notice, and as Freedom Outpost recently reported, the resignation of James Mattis as US Secretary of Defense wasn’t the only ‘warmonger‘ leaving the Trump administration with Brett McGurk, the U.S. envoy to the global coalition fighting the Islamic State, also stepping down, the very real potential of the globalists launching another 9/11-style false flag to get America into yet another war that we cannot possibly win continues to grow every day.

As William B. Stoecker had reported on ANP back on August 20th, nearly every war that America has gotten into had begun with a ‘false flag event‘ that got the American people begging for retaliation, just as German war criminal Hermann Goering had warned many decades ago. How easy it is for satanic leaders to get the masses begging for death and destruction.

And as Matt Taibbi recently reported over at Rolling Stone in a story republished in full by Zero Hedge, “We Know How Trump’s War Game Ends – Nothing unites our political class like the threat of ending our never-ending war.” With members of both the left and right now frothing at the mouth like rabid dogs as President Trump finally attempts to put an end to the globalists never-ending war agenda, as we hear in the first video below from Infowars, the insanity we’re now witnessing from the left is mind-boggling. When did the left become the ‘party of war‘ in America?

While we’ll close this story by joining Rand and Ron Paul in thanking POTUS Trump for finally standing up to the satanic globalists who seek to end all life upon our planet Earth, we also understand fully why people such as David Galvin and ‘Master of Reality’ warn of a massive false flag event ahead for America that the globalists will use to blame President Trump and his supporters for while getting us finally into another war, with Russia and/or China, a war we can’t possibly win.