– What Does CNN Know That We Don’t Know? 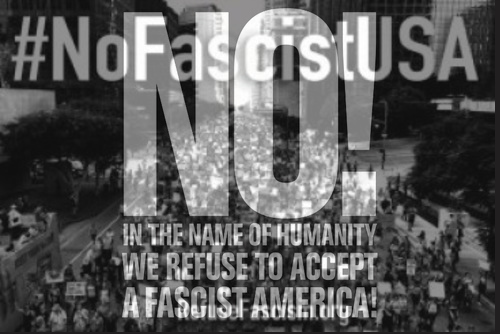 In the new 1st video below, CNN’s Wolf Blitzer begins “it’s a worst case scenario the United States has never faced before but prepares for nonetheless. What if an incoming president and his immediate successors are all wiped out on day one?” Blitzer proceeds to ask his guest about the ‘doomsday plan now in place’ and as they share with us, it’s quite full of surprises. Giving us even more evidence that CNN either has something up their sleeve or truly wishes that Donald Trump never takes office, in the 2nd video below CNN asks ‘who’s the inauguration designated survivor?’

‘Fake news’ CNN goes even further with a new full length video out called “The End: Inside The Last Days Of The Obama White House” and with them showing a countdown clock on live TV also titled “The End”, it’s clear that CNN is one of the ‘big losers’ of the 2016 election and they’re clearly itching for something bad to happen to reverse their fate.

Reporting that a ‘disaster’ could put a Barack Obama Cabinet Member into the White House, are we now watching ‘predictive programming’ at play? We’re not surprised that CNN references the new TV show that came out in 2016 called “Designated Survivor”, a show that features an explosion during the State of the Union speech at the US Capitol that kills the president, the VP and virtually all of Congress.

Why are Blitzer and CNN seemingly overjoyed that something bad could possibly happen to Trump on Friday? And why has Russian news website Russia Today been blocked from posting to Facebook until after the inauguration? (Update: A block just lifted according to this new story from RT!) Every day we’re getting more and more signs that the ‘deep state globalists’ may do something horrifying to take down Trump.

We also take a look below at more evidence that has emerged in just the last day that thousands are still planning massive chaos in DC on Friday as tools of ISIS terrorists in the DC area and global fascists, as well as taking a look at a video featuring the interim chief of police in Washington DC who says they are prepared to make mass arrests on Friday. 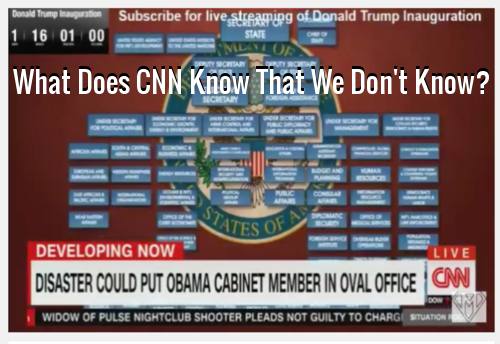 According to Peter Newsham, the interim Chief of Police in Washington DC, the DC police are prepared to make mass arrests on Friday at Donald Trump’s inauguration ‘if necessary’. Joining NBCNews 4 in Washington DC in the final video below, Newsham tells us that they’re ‘prepared for the worst’ though he doesn’t believe it will be necessary for such mass arrests to occur. And while we’re hopeful that Newsham is correct and protesters behave like adults rather than deranged lunatic snowflakes, all of the strange events we’ve been witnessing recently prove that may be impossible at the end of Barack Obama’s reign.

While this story from News Mic reports that anti-Trump protesters will be ‘all lawyered up’ with the National Lawyer’s Guild actually offering free legal services for Inauguration Day protesters, the fact that journalists covering inauguration day in DC have been warned to prepare for Ferguson, Missouri style riots and that they could become the victims of violent attacks proves we likely won’t be witnessing simple ‘protests’ on Friday but something much more chaotic.

With ‘fascist protesters’ protesting against ‘fascism’ proving correct the warning given long ago by Winston Churchill that “the fascists of the future will call themselves ‘antifascists'”, we keep coming back to the caches of weapons left in the streets of Washington DC and the fact that the left is in diehard meltdown mode over Trump as signs of something potentially terrible ahead. Knowing that outlets such as CNN are seemingly pushing for something bad to happen is a huge warning sign.

Are we about to witness the ‘false flag of all false flags’ playing out here on US soil in Washington DC in what many believe is the last opportunity for Americans to take America back from globalists Obama, Hillary Clinton and the ‘deep state’ who are now targeting journalists for death? With the fascists stated goal of stopping Donald Trump BEFORE he gets into office, and the same fascists backed by the current outgoing power regime, we see why the Secret Service is so concerned about tomorrow.

And if Wolf Blitzer is correct and CNN gets their way and something horrible happens to President-elect Trump on Friday and his entire administration is wiped out on day one, it’s clear that America will NEVER be the same again. And what would likely happen next would probably be the stuff of our worst nightmares as America completely falls into totalitarianism, a gigantic hole that our nation would likely never climb out.

With a possible civil war breaking out nationwide as millions of US patriots attempt to hold the criminal globalists most likely responsible for any such ‘event’ accountable, the left now screaming for martial law would probably get their way as America completely collapses in a mess of chaos, mayhem and complete destruction.

And knowing that the globalists goals include the total destruction of sovereign nation states, we continue to pray for the protection of President-elect Donald Trump while praying for peace in America as we reach the final full day of Barack Obama’s presidency. And with it, the globalists last best chance to steal away our country for eternity, their goal of ‘a foot stamping upon a human face forever’ put off for at least a few more years…God willing.